Our inaugural Hero Awards was a tremendous success, raising over $35,000 for individuals living with HIV & AIDS in the Capital Region.

We were grateful to honor our first Damien Center Hero: T. Norman Rea, and to celebrate his accomplishments with an all-star line-up of performers including Mark A. Burgasser, Benita Zahn, Nancy Timpanaro-Hogan, Ward Dales with Musical Director, Maria Riccio Bryce.

Whether you were able to attend in person or not, we truly appreciate your support. Thanks to you, we will continue to make life better for individuals and families struggling with HIV and AIDS every day.

Check out some of the amazing photos from our Hero Awards, below: 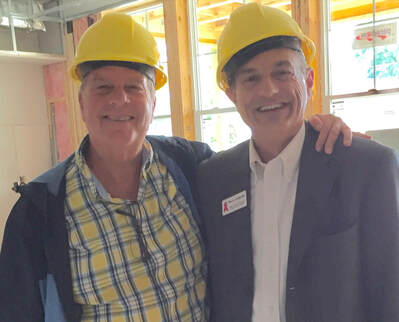 Our inaugural event will be held on September 28, 2019 at the Renaissance Hotel in Albany NY and will feature cabaret performances by local legends Mark A. Burgasser, Benita Zahn, Nancy Timpanaro-Hogan, Ward Dales with Musical Director, Maria Riccio Bryce.

The Albany Damien Center Hero Awards will recognize an individual or organization who has done extraordinary things to improve the lives of persons with HIV & AIDS in our local community and promote HIV awareness to stop the spread of HIV.
This year, we will honor T. Norman Rea with our first Hero Award for his tireless dedication of over 20 years of helping individuals and families living with HIV and AIDS in our local Capital Region community by raising critical funds through events to help those in need. His impact has also raised awareness of the needs of people with HIV and AIDS and taught us how everyday people can have a major role in helping others impacted by the stigma and health consequences of an HIV diagnosis.

Thank You to Our 2019 Honorary Committee